The war maybe over but the battles aren’t

The war maybe over but the battles aren’t 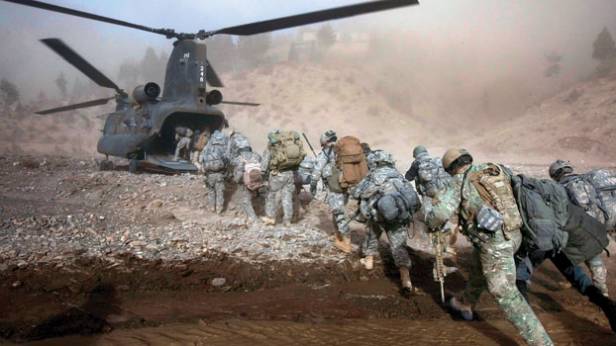 Media outlets have commented at length about the Afghan war and some have optimistically concluded that it might be drawing to a close. That is wishful thinking. On the contrary, there are reasons to fear that the Afghan war is not ending anytime soon but instead that the open conflict might be replaced by a protracted and vicious counter-terrorism war that will continue at least until the strategic agreement between Afghanistan and the US expires in 2024. That is a long time in the future and predicting anything with certainty about Afghanistan is dangerous. But one thing can be predicted with certainty: Pakistan will be perilously placed in dealing with the aftermath of this new phase.

The meeting of NATO leaders recently in Chicago declared that while NATO would maintain a significant presence in Afghanistan after 2014, “this would not be a combat mission.” NATO leaders said, “As transition of security responsibility is completed by the end of 2014, NATO will have made the shift from a combat mission to a new training, advising and assistance mission, which will be of a different nature from the current ISAF mission.” The communique also vowed to provide a “sound legal basis” for the new NATO-led mission, such as a new UN Security Council Resolution. President Obama called the transition “the next milestone” in bringing the near 11-year long war to an end. These comments are nothing but the leaders of the tired alliance trying to portray to their respective voters that the European-US leaders are closing an unpopular war. Yet, to the contrary, the war will continue under a different guise with different parameters.

This new permutation of fighting in Afghanistan will likely initiate a phase of new counter-terrorism initiatives. It is pertinent to note here that the US House of Representatives recently passed amendments to the US defense allocations to maintain at least 68,000 US troops in Afghanistan post 2014. This has resulted in the defense budget exceeding the President’s limit of $544 billion by $8 billion for the next financial year, thus undercutting President Obama’s goal to phase out the Afghan war. Moreover, with the exit of the Europeans from the Afghan war (like the withdrawal of 3500 French troops announced by the newly elected President Hollande), even the fiction of an international coalition supporting the Afghan war will disappear making the war increasingly appear as the US’ mission alone.

With such radical increases in cost and dwindling participation from allied countries, the question of finances is no small matter. More money will be required to maintain a military force of about 230,000 to handle the security challenges in Afghanistan – something the embattled economies of Western powers with their shrinking growth rates can ill afford. An amount of $4.1 billion a year is needed; however, it is not clear who will provide this amount? The US would be satisfied if there were to be a comprehensive disarmament and demobilization of the militants with their reintegration into the Afghan security setup; for this would bring more cohesion and preclude the maintenance of a large 250,000-strong Afghan army that would be a non-sustainable burden on Afghan finances. If this were to pan out, it would reduce the financial burden on the coalition.

Keeping the rhetoric on Afghanistan aside, one needs to highlight some of the real challenges in bringing the Afghan war to an end. First and foremost is the challenge of the creation of a regional framework for peace that will have the support of Afghanistan’s neighbours, especially Iran and Pakistan – how will this happen, given that the US’ relations with both nations are at their lowest ebb, is anybody’s guess.

Secondly, there is the challenge of persuading the Taliban to agree to peace. They have already expressed doubts about the US intentions to withdraw from Afghanistan in light of their condemnation of the ten year strategic agreement with Afghanistan that visualizes the retention of US forces in Afghanistan until 2024.

Moreover, it is not clear if the Afghan government will accept what the main Taliban demands are for initiating peace. They have demanded the removal of all foreign forces from Afghanistan, ending hostile operations against the insurgents and their families in both Afghanistan and Pakistan, recognition of the Afghan Taliban as a political movement and removing the names of their main leaders from the UN terrorist list, agreeing on a version of Islam to be implemented in Afghanistan, removal of corrupt elements from the Afghan administration and prosecuting or exiling some of the warlords. These are issues that have not even begun to be discussed yet. Thus, it is premature to build any hopes for the early return of peace to Afghanistan and the region. 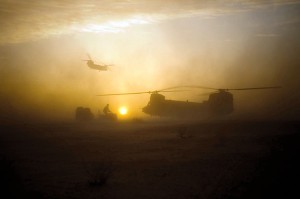 Furthermore, as far as the Taliban are concerned, there is a lack of clarity within the US policy making apparatus leading some to ask whether the US even has a coherent policy about the Taliban. The defense department and the CIA have already expressed doubts about the release of some of the Taliban leaders incarcerated in Guantanamo, without whose presence the peace talks in Qatar cannot move forward. Clearly, the views of President Obama and the state department on the one hand and the department of defense and the CIA on the other are at odds that makes one doubt whether the peace talks with the Taliban will ever work out.

If the talks fail, then the Afghan war goes on. And as that contingency works itself out, the pressure on Pakistan will increase, especially if the failure of the talks were to lead to renewed hostilities. In the latter case, Pakistan will be accused of providing safe haven as guerillas crisscross into and out of Pakistani territory and pressure against it will mount. Peace in Afghanistan could mean the end of the line for international terrorist organizations operating in Afghanistan but does it imply necessarily that they will leave Pakistani areas in FATA and elsewhere? Some circles fear that after exiting from Afghanistan, the international terrorists will combine with local Pakistani Jihadi organizations to gain space and influence in Pakistan. If the Pakistani leaders rise to the challenge, they may succeed in excluding this new threat from making inroads. On the other hand, if Pakistan follows a policy of expediency, then the future will be problematic.

It is apparent that if the Afghan peace process were to fail, it will have a big negative impact on Pakistan. It has reduced its cooperation with NATO and the US and is seeking a review of all the ground rules. In brief, the West’s AfPak strategy is in tatters at a time when it ought to have been at its strongest; it is also increasingly clear that as of now there is no solid Pakistani plan either for supporting the end of war in Afghanistan that will coincide with the withdrawal of forces by December 2014. The recent decision of the US ambassador to Pakistan Mr Cameron Munter not to remain an additional year in Pakistan shows how deep the fissures are in the US-Pak relationship.

If the US-Pakistan relationship does not improve, not only will peace be difficult to achieve in Afghanistan but in Pakistan as well. If there is an uptick in violence when the Taliban begin to challenge the Afghan government militarily, then Pakistan will remain mired in a security crisis for a long time to come. This does not bode well either for Pakistan or Afghanistan.

The current Pakistani apathy and inaction also strengthens the Iranians who are deeply interested in seeing foreign troops leave Afghanistan as they want to carve out an Iranian sphere of influence in Afghanistan; the Afghan government recently registered a protested with them on account of their attempt to influence the voting in the Afghan parliament during the ratification of the strategic agreement with the US. Looking at this situation, Ahmed Rashid has commented, “The US and NATO have been poorly prepared for the Afghan endgame, which now involves a complex battle for influence between the Taliban, the government and ethnic warlords, and an equally intense clandestine battle for influence by Afghanistan’s six neighbors, especially Pakistan.”

Pakistan would be happy with a solution that limited India’s influence in the setup, gave a prominent role to the Taliban in Afghanistan’s future, hastened the departure of foreign forces, led to an end in drone strikes and weakened the insurgent groups in Pakistan. It is clear that the Pakistani establishment is convinced that the US does not wish to reduce India’s influence in post 2014 Afghanistan and that, much to the contrary, the US would wish to see India exercise a dominant role in the future that is in conjunction with US’s strategic pact with India. In view of this disconnect between the US and Pakistan regarding India, Pakistan is now more likely to exercise an independent role in the endgame in Afghanistan.

Regrettably, the Afghan war is thus far not concluding satisfactorily and is indicating the emergence of more problems for Pakistan and the region in the future. The need of the hour is for an approach that alleviates, not exacerbates, the security crisis in Afghanistan. That can perhaps only be achieved by addressing the minimal core strategic interests of the regional players as far as possible.