Significance of Stability in Afghanistan for Pakistan (Report) 21  May-16

The world’s best armies, composed of US and NATO forces, have battled in Afghanistan against the Taliban since December 2001 and by the end of 2014, the US had spent more than $ 1 trillion and the allies had lost numerous soldiers killed and many more injured.
Read More…

The recent closure and subsequent reopening of the Torkham border crossing between Pakistan and Afghanistan must be seen in the wider of context of the two neighbours’ historical tensions over the Durand Line, the international boundary between the two countries. The Durand Line stretches over some 2,250 kilometres of mountainous and flat terrain. In the northwest it divides Pakistan’s tribal areas and Afghan territory. Here the ‘line’ is about 460 km long.

The Durand Line issue continues to bedevil relations between Pakistan and Afghanistan.

The Interplay of Dynamics Influencing Pakistan Afghanistan Relations
(by Khalid Aziz) on 25 April, 2016

Since the US engagement in Afghanistan after 9/11 many attempts have been made to get both Afghanistan and its neighbor Pakistan working in unison; however, this has remained at best a pious hope rather than an accomplished fact. This article makes an attempt to examine the important dynamics around a few important issues that are crucial for developing an understanding why such an engagement has not transpired favourably so far? Read More

THE global handling of security challenges is causing immense secondary problems related to the mass migration of populations from war zones to countries at peace such as those in the European Union. According to the UNHCR, the UN refugee agency, about 70 million……….
The plight of the TDPs goes beyond their displacement. 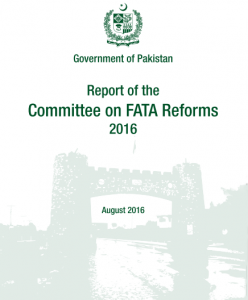 Report of the Committee on FATA Reforms 2016 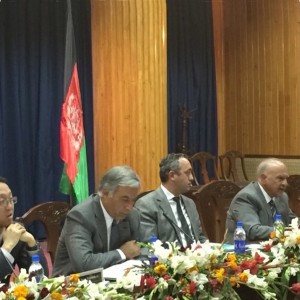 Apocalypse on the Indus 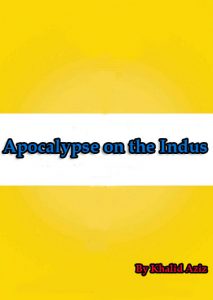 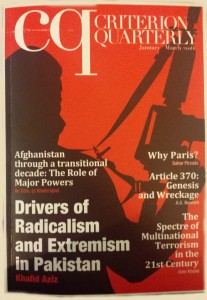 Drivers of Radicalism & Extremism in Pakistan 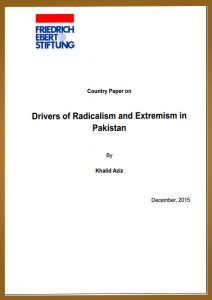 ACROSS the world, spring is associated with rejuvenation and rebirth after a burdensome winter. Yet this logic skips Afghanistan. Here spring has been associated with death since 2003. One of the unintended consequences of the long military operation in Afghanistan has been its emulative nature; the adversary, in this instance the Taliban Read More Published on Dawn Newspaper on 29 December ,2015

Pak-Afghan relations: Hanging by a thread

Matters were proceeding smoothly when the rapidly developing friendly relations between the two nations were grievously impacted by a series of explosions that rocked the Afghan capital on Aug 7 Read More Published on Dawn Newspaper on  12 September, 2015

ISLAMABAD, Pakistan — When Taliban fighters swept into the Tirah Valley of northern Pakistan last month, grabbing a remote but strategic area that was previously known for criminal activity, Pakistan’s military seized a chance to bloody the insurgents before they dug in.

But the counteroffensive took a dismal turn over the past week, as the Taliban struck back with a combination of guerrilla tactics and dexterous tribal politics, defending their new perch and increasing their ability to disrupt Pakistan’s approaching election. 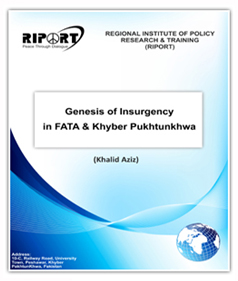 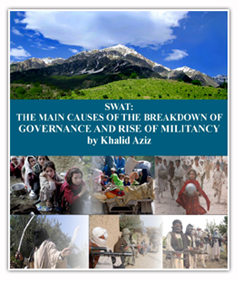 1. Talking peace with militants
2. The need for clear thinking about the war on terrorism
3. Is it our war or not? 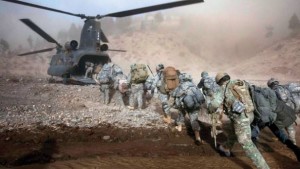 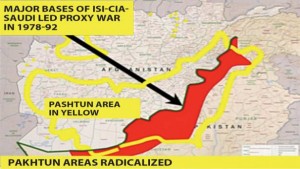